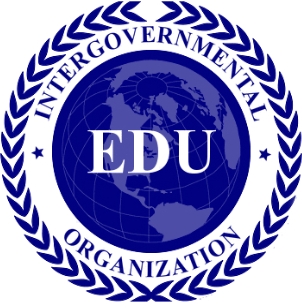 If I ask name one thing that can change your life or that has changed your life. Many of audience will reply in common – discipline in life. So my question is how to go about with it in school. enforced or inculcated? the burden of rules or key to happiness? living under western template or reality check?

Emotional quotient and intelligence quotient – How to know your children

Happy School is vehicle of creative thinking without fear of mistakes

The Concept of Happy School is though new to the world, India as its tradition well embraced the idea of happy and well engaged schooling through its Gurukulam seva. In 2014 UNESCO has propounded the basic framework of happy School. And in this article we discuss about happy school model.

Of late parents have started to understand that better parenting is an art and they need to learn it. Mr. Anil Vk, a social motivator, Life Coach and Teacher has spoken at length in the seminar at saraswati World School. The entire video of his speech is listed below

Schools worldwide follow a particular trend based on various researches, academic journals and own experiences. Many new trends and practices come in and old go out, however, few things remain unchanged in schooling.
One unchanged aspect is to develop leadership qualities in students through various ways, courses and training modules introduced time to time. But now-a-days with Model United Nations (MUN) Simulation is catching the attention of many elite schools all across India especially in metropolitan areas.

Is doing homework more harmful than beneficial for students?

“In 2013, research conducted at Stanford University found that students in high-achieving communities who spend too much time on homework experience more stress, physical health problems, a lack of balance in their lives, and alienation from society.”
In India trend is long back set for students and that is “Do your homework daily”. With change in social and behavioural pattern we need to re-evaluate the idea of homework as qualified yardstick for academic achievement of our students.

In the education world different research works were carried out in the area of human brain and behavioural science; and intelligent quotient (IQ) was largely considered as a yardstick for academic achievement and life success a child can go under his or her present IQ.

Every parent has an aspiration to get his or her child admitted in the best school of the city so that the sake of the child’s overall personality development. And such aspirations are quite normal in present socio-economic scene in urban and semi-urban India.

How to curb aggressive behavior of a child?

Now a days aggressive and uncontrolled behavior in children is not uncommon. With advancement in technology and convenience every citizen is well equipped with latest gadgets to receive information or play at his or her will.

Now a days parent’s involvement in child education and upbringing has risen to a new level. One can call such involvement as multitasking ability of parent.

Post the unfortunate and gruesome murder of a class II student of Gurgaon’s Ryan International School, perceptions and though process of people has changed towards the safety and security of students inside school premises. A new discussion has emerged as to, “what to expect from school to ensure safety and well-being of students?”

Meditation in classroom is like icing on the cake

Meditation is ancient practice of discourse for improving physical, mental and emotional state by acting as awareness energiser which brings peace, tolerance and solidarity.
This ancient practice is now well accepted in society and education world where concentration, focus and performance are main yardsticks of student development.

Effective communication is key to healthy and connected teacher-student relation

In Teaching profession, the biggest challenge of a teacher lies in connecting with students effectively. The whole educational spectrum is based on nurturing young minds with care and clarity.

In modern times, the concept of remedial programmes and classes has been the talk of the town in primary level education for various reasons. The pros and cons of providing remedial classes are debated at various spectrum of education whether it is the school, parents or government – everyone has some say on it. It seems the benefits of such remedial classes over weigh its cons in many way

Considerable research works have been done in the area of early childhood education and most childhood education specialists are of the view that it’s highly advantageous for young minds to get enrolled in pre-kindergarten classes for better results in future.

Ancient education of India was based on guru sishya (pupil) culture emanating from high values evident in flourishing and enriching Gurukul system where Guru (teacher or Principal) stood for high moral and values and sishya (pupils) follows those values in high respect and solidarity.

Learning Music made easy with Nature

Music is composed as summation of nature’s sound and the sound of animals. these various sounds help Music to prepare the notes. The Hindustani Music and its history says us the same.

Mobile Technology: The Future of Education across the Globe

One of the most notable sources of development in both the developed and developing world is the number of educated citizens present in the workforce that can participate in improving and growing the economy. According to UNESCO, education is “the key to sustainable, self-reliant development.

Past few decades have seen number of methodologies and teaching techniques used in classroom for primary and secondary education across the world. New innovation and thoughts overpower past techniques and in some cases long forgotten techniques of teaching become favourite again.